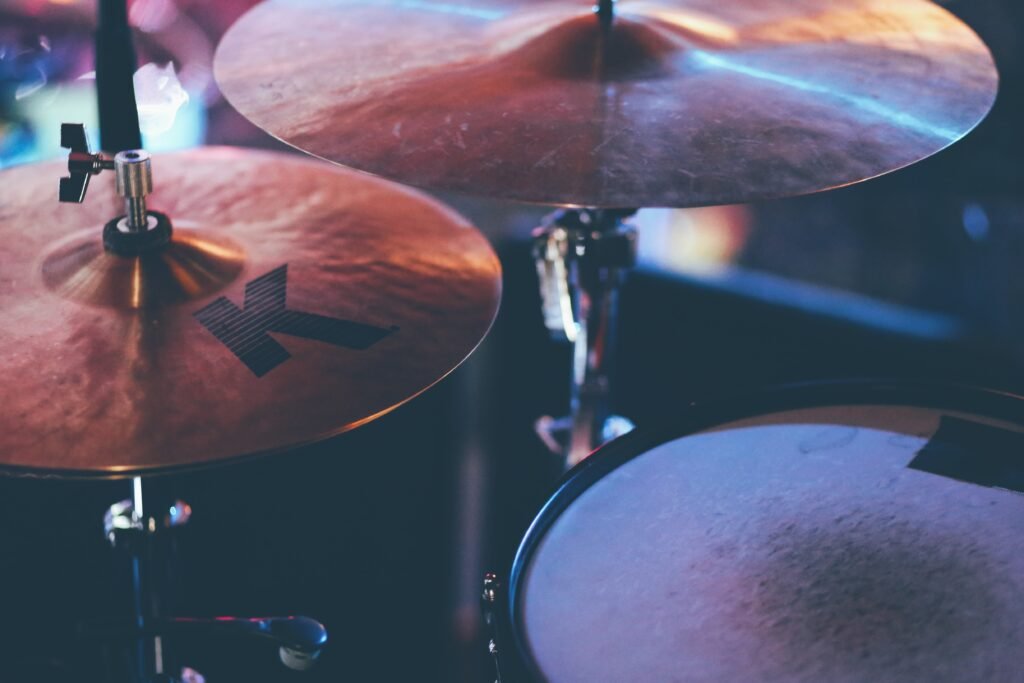 Back to Practice Room

Unlike the 5-stroke roll, the sticking doesn’t alternate when playing the 7-stroke roll. That means the accent will continue to be delivered by the hand you start accenting with.

Here is the basic expression of the 7-stroke roll, starting with a right hand accent:

And here is the same exercise starting with a left hand exercise:

In all likelihood, you wouldn’t switch between these sticking patterns while exclusively playing the 7-stroke roll. However, when you start to combine the rolls together, the accents start to shift between the hands.

The next three exercises focus on applying the 7-stroke to the drum kit.

As we have done previously with other accenting patterns, we can move the accents up to the toms:

Notice the above exercise is phrased as 8th and 16th notes. Ordinarily when 7-stroke rolls are used they would be as 16th and 32nd notes. As we have done for the 6-stroke roll previously, we will start will shorter, slow patterns, build up speed and then move up to playing the patterns faster.

This same exercise can also be phrased on the crash cymbal with a bass drum underneath:

Notice that in both the above instances, all accents are played with the right hand. It is possible to flip the sticking and start with a left hand accent, but be aware exiting back to the groove will be more awkward as you will have to play 3 right hand notes in a row.

Feel free to experiment with playing at different tempos. Click on the two diagonal arrows and use the top slider to adjust the tempo.

Here is the exercise. Feel free to sketch it out on the snare before playing the accents on the toms:

And as before, the accents can be shifted to the crash cymbals. Notice here that the left hand plays the second accent. When split across the cymbals, these quick shifts between the hands can be visually exciting to watch.

These exercises play slightly slower than the previous lesson at 90 bpm. Feel free to experiment with increasing the tempo using the two diagonal arrows when you feel comfortable with the basic pattern.

Now we’ve got the grips with the basic pattern, we’ll step up to playing the 7-stroke roll as 16th and 32nd notes. Here is our pattern. Notice it has twice as many notes, but still fits into one bar. The tempo has been slowed to 60 bpm.

As with the 6-stroke roll, how fast we can go with the groove is limited because after a while it becomes impossible to fit all the notes in.

Let’s couple it with a simple groove at 60 bpm.

Just as before we can experiment with placing the accents on the toms:

And then on to the crashes:

We are a little limited with what we can with the 7-stroke roll on it’s own because, as you can see, it aligns with the four beats of the bar so it is unsyncopated. Things get more interesting when we start to combine the 7-stroke roll with other roll combinations, just like we did with the 6-stroke roll in the previous lesson.