Bringing Live Music Back to the Living Room In today’s world, music is everywhere. We hear it in shops, at events, in films and television shows. We have access to the wealth of the world’s music in the palm of our hand. But how much of this music is live? How much of it is actually alive?

Live music is defined as a series of vibrations created at that moment by one or more musicians. The exact combination of sound waves has never existed prior to that performance. A song may be played using exactly the same notes, at exactly the same tempo, but it will never be exactly the same. The space in which the music is played, the position of the listener and equipment used, all influence the sonic footprint that is created.

A Hundred Years Ago…

It’s important to remember that recorded music has only existed for around a hundred years.  And television only around 70 years.  Before this time, there was plenty going on in the musical world.  Some of the most complex pieces of classical music were all written before the modern advent of recording and the ubiquitous involvement of computers in the creative process.

They were written on paper, with a pen!

Mainstream music is in a dark place at the moment.  It doesn’t take any risks.  It pacifies rather than ignites the spirit.  It has become overly dependent on the limited consciousness of computers.

Have We Lost Something?

We have become passive consumers instead of active participants in the world of music.  Once upon a time, every living room had a piano; a guitar propped up in the corner.  A weekly singsong for family and friends.  We didn’t seek to placate our intensity by staring at a television for 5 hours a night.  We ploughed our joy and pain into a productive creative outlet.  We made music together and soothed our souls.

The songs weren’t held externally in the palm of the hand, on a phone or iPod, they were in our very blood, we lived and breathed the words of others and our own words.  We hummed melodies in the streets, we whistled with the birds, we had no headphones to shelter us from the sounds around us.  Those sounds were our music, we responded to the rhythms of the trains, to the clatter of early morning heels across the bridge on a weekday morning.  The pitter pater of rain as we sheltered together under the awning of a shop.

What Have We Gained?

Whatever your views on globalisation, there’s no denying that uniting the world has raised living standards and staved off the wolf of war.  However, the globalisation of music has not necessarily been a great success.  And certainly it’s ever present hypnotic drone in the background of a consumption-led society has devalued the cleansing breaths that pure music-making affords us.

Music surely is one pastime that needn’t have an agenda.  It has rules, but it also has no rules.  Music at its very core is about connection, be it two people in a room or 100,000 in an arena, we all remember that we can tune in to the heartbeat of the world.  And no matter how bad things get, with music we are never truly alone.  Beautiful voices singing about terrible things remind us that from every fire rises a Phoenix, from every distressing experience can be assembled a symphony of beautiful coherence.

For what is music if not organised sound.  The human race’s successful attempts to make sense of the chaos that engulfs us in moments of madness.

Words can only carry us so far, can only express ourselves to a certain depth.  Surely if we could express ourselves perfectly with words, we wouldn’t need art: paintings, sculpture, theatre, opera, rock music.  Before language, there was primal expression honed to convey pure visceral emotion. How did we communicate before our vocal cords developed to be able to form words? We would likely have communicated in sound and images. We would have probably communicated more with action. Procrastination certainly wouldn’t have been a problem in Neolithic times!

Unbridled ambiguity paired with perfect clarity, the prism with a thousand sides refracts a different feeling with every glance.

Break the shell, feel alive and remember that you were born to shout from the rooftops.  That a healthy mind is one that constantly sheds its baggage.  Let go and embrace the beautiful world of music.  Invite music back into your living room and share it’s joys with your friends and loved ones. Your Complete Guide to Getting Started on the Drums

This guide is designed to equip those just starting out with the best information and advice to move forward confidently. I discuss the equipment you need to get started, the options you have to learn the basics, and the fundamentals of practice and getting better.  What Do I Need to Get Started?​ A whole drum 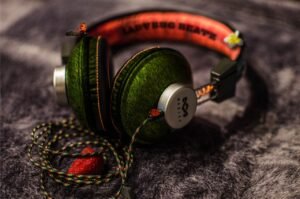 26 Great Drum Songs for Beginners to Practice With

A graded list of beginner songs for new drummers to play along with.
Starting slow, we gradually increase the tempo and add more interesting bass drum patterns.
Whatever your preference for music you should find something here that ignites your enthusiasm.
As beginners we need to learn time-keeping and consistency. These songs have been specifically chosen to help you develop these two key drumming skills. How to Find a Good Drum Tutor & Accelerate Your Progress

Introduction When you’re learning a new skill, it can be hard to know exactly what to do next. The internet puts a wealth of information at your fingertips, everything you need to get better. But it’s all jumbled. The easy stuff is mixed in with the complicated stuff. This makes the journey pretty bumpy. Having